Prasad hospital blood center operates on a unique ‘not for profit’ model of providing Blood Donation, component preparation and issuance of Blood and Blood Products. The main mission of our blood bank is to enable availability of safe blood at an affordable price and also issue blood for free of cost to those who cannot afford, especially to children diagnosed with thalassemia and to those children with leukemia. 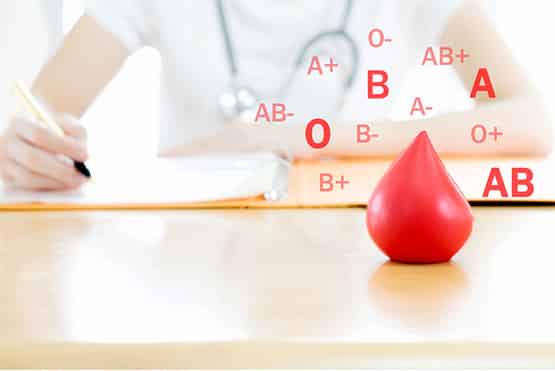 Be a Blood Donor

To become a blood donor, you should be healthy, must feel well, should be active and able to carry out normal activities without any problem.

You’ll be asked to complete a health questionnaire to ensure that you’re in good health, and that your blood donation won’t jeopardize either your health or the potential recipient

Our blood bank is aimed at promoting the awareness of blood donation among the public. It is committed to stay ahead of all linguistic-rational-religious-political differences and shall be fully focusing its objectives in health care activities.

To donate blood, the donor must be healthy, feel well, be active and able to carry out normal activities without any problem.

Blood donation takes about an hour.

Here’s what to expect when you donate blood:

You’ll be asked to complete a health questionnaire. The purpose is to ensure that you’re in good health, and that your blood donation won’t jeopardize either your health or the potential recipient.

You’ll have your pulse rate and blood pressure taken. Your weight will be measured.
If you pass the health screening process, a phlebotomist (technician trained to take blood), nurse or someone else medically qualified will draw blood. 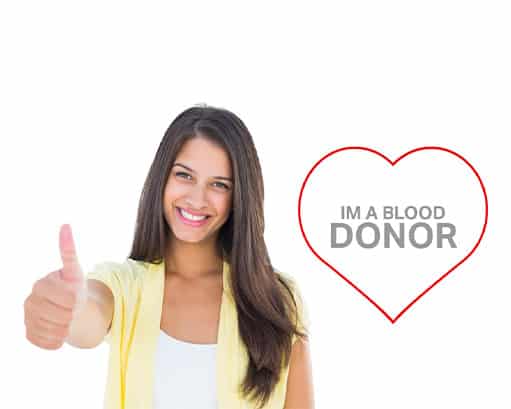 Haemoglobin: Donor’s haemoglobin should be at least above 12.5 grams.

uration between donations: at least 3 months between 2 donations.

Meals and fluids: Donor should have eaten a normal meal and should have plenty of fluids. 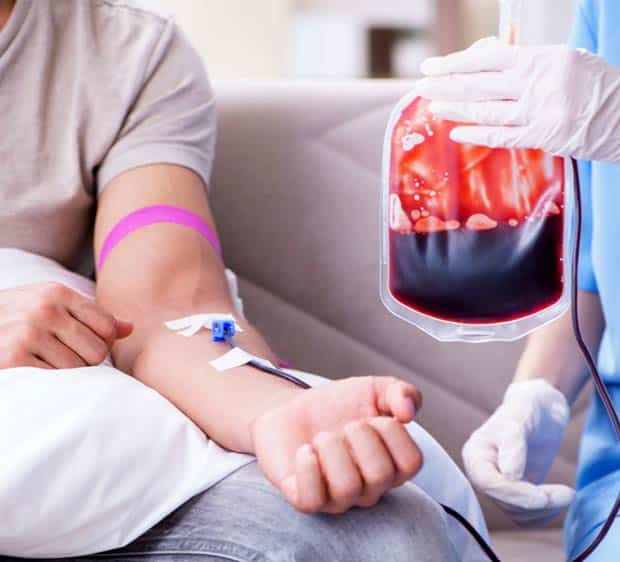 After donating blood, you’ll be offered juice and a snack.

Be sure to rehydrate yourself by drinking plenty of fluids.

Avoid heavy lifting after donating blood. Lifting something heavy may cause the small mark where the blood was drawn to bruise dramatically or bleed a bit.

Five Reasons Why You Should Donate Blood

Within the first 24 hours of blood donation, the donor’s body starts replenishing the lost red blood cells. The replenishment process helps in staying healthy and productive at work.

As per several studies and reports, when there is a rise in the iron level in blood, it raises the chances of heart diseases. People should donate blood from time to time in order to reduce the iron level in the blood.

Donating blood can burn approximately 650 calories for each pint that is like 450 ml of blood.

5. How often can one donate blood? 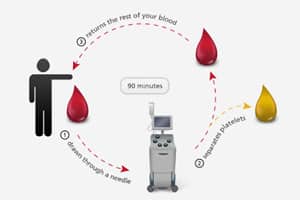 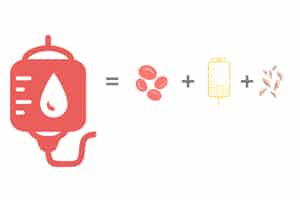 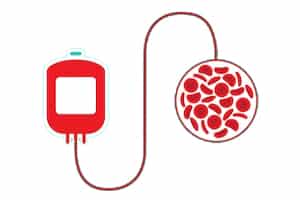 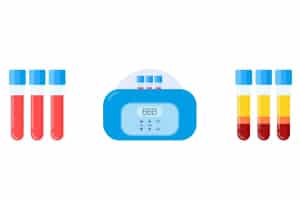 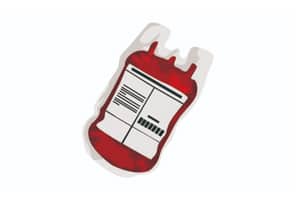 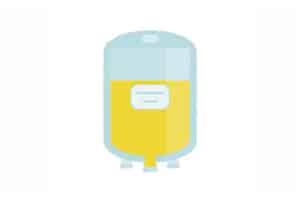 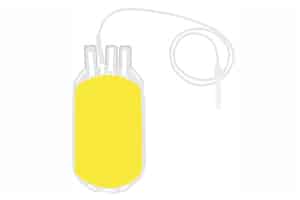 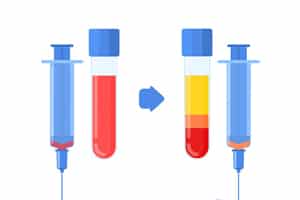 The term “blood group” refers to the entire blood group system comprising red blood cell (RBC) antigens whose specificity is controlled by a series of genes which can be allelic or linked very closely on the same chromosome. “Blood type” refers to a specific pattern of reaction to testing antisera within a given system. Over a period of time, our understanding on blood groups has evolved to encompass not only transfusion-related problems but also specific disease association with RBC surface antigens. Karl Landsteiner has been credited for the discovery of ABO blood group system in 1900. His extensive research on serology based on simple but strong scientific reasoning led to identification of major blood groups such as O, A, and B types, compatibility testing, and subsequent transfusion practices.

At present, 33 blood group systems representing over 300 antigens are listed by the International Society of Blood Transfusion. Most of them have been cloned and sequenced. The genes of these blood group systems are autosomal, except XG and XK which are X-borne, and MIC2 which is present on both X and Y chromosomes. The antigens can be integral proteins where polymorphisms lie in the variation of amino acid sequence (e.g., rhesus [Rh], Kell), glycoproteins or glycolipids (e.g., ABO).

Among the 33 systems, ABO remains the most important in transfusion and transplantation since any person above the age of 6 months possess clinically significant anti-A and/or anti-B antibodies in their serum. Blood group A contains antibody against blood group B in serum and vice-versa, while blood group O contains no A/B antigen but both their antibodies in serum.

According to the American Journal of Epidemiology,” it was found that blood donors are 88% less likely to suffer a heart attack than those who do not donate” (Salonen et al). Furthermore, Gustaf. Edgren, believes that donating blood frequently is related to reducing the chance of getting some cancers, such as liver, lung, colon, stomach and throat cancers. Therefore, the advantages of donating blood far outweigh any disadvantage which may be perceived.

To lower the risk of heart disease is to donate blood. “Because high body iron stores have been suggested as a risk factor for acute myocardial infarction, donation of blood could theoretically reduce the risk by lowering body iron stores.”(Salonen et al.) According to this study, 88% of people who donate repeatedly do not suffer from heart attacks rather than people who do not donate. Therefore, donating blood helps to lower this risk and keep the heart healthy.

Additionally, Dr. Gregory Sloop, claims that blood donation may reduce viscosity of blood which has been associated with increased risk of cardiovascular disease. It is recommended that people should donate blood at least once a year as it has many advantages for health.

Thalassemia is a genetic blood disorder. People with Thalassemia disease are not able to make enough hemoglobin, which causes severe anemia. Hemoglobin is found in red blood cells and carries oxygen to all parts of the body. When there is not enough hemoglobin in the red blood cells, oxygen cannot get to all parts of the body. Organs then become starved for oxygen and are unable to function properly. 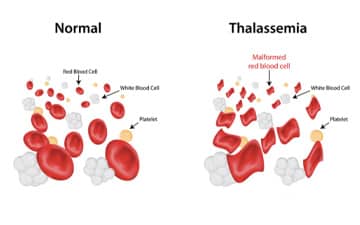 Blood transfusion is the mainstay of care for individuals with thalassemia major and many with intermedia. The purpose of transfusion is twofold: to improve the anemia and to suppress the ineffective erythropoiesis. Chronic transfusions prevent most of the serious growth, skeletal, and neurological complications of thalassemia major. However, once started, the transfusion-related complications become a major source of morbidity. Standards must be developed and maintained to ensure a safe and rational approach to the use of blood transfusions in the management of these rare disorders.

The decision to start transfusions is based on inability to compensate for the low hemoglobin (signs of increased cardiac effort, tachycardia, sweating, poor feeding, and poor growth), or less commonly, on increasing symptoms of ineffective erythropoiesis (bone changes, massive splenomegaly). The decision to institute chronic transfusion should not be based exclusively on the presence of anemia.

The decision to initiate chronic transfusion therapy requires significant input from the patient, family, and medical team. Anemia alone is not an indication of the need for chronic transfusion. Anemia should be linked with a significant impairment in quality of life or associated morbidities. Factors to consider include: poor growth; inability to maintain daily routines and activities such as going to school and work; evidence of organ dysfunction; evidence of cardiac disease; pulmonary hypertension; and dysmorphic bone changes.

It may be necessary to initiate a six-month trial of blood transfusions in patients of families whose decision to transfuse is uncertain. After six months, transfusions can be stopped and the patient observed for a brief period of time to give the family and medical team information as to the clinical benefits and psychological impact of the transfusions. 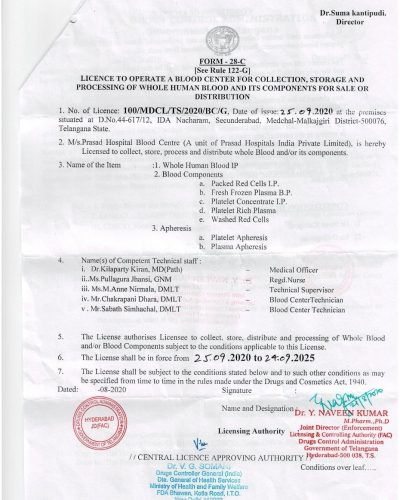