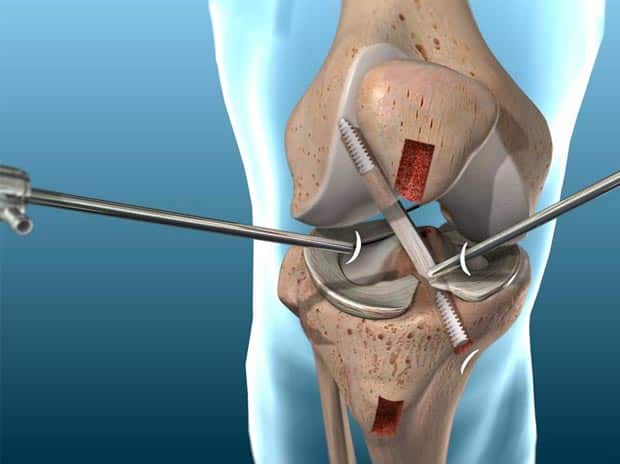 Tips to come back to Sports once a Knee Ligament (ACL) Surgery.

An Anterior Cruciate Ligament (ACL) sprain or tear is one of the most severe traumatic knee injuries in sports. The ACL is the main ligament that helps stabilize the knee joint. Athletes and recreational enthusiasts of all ages can experience an ACL tear, particularly those involved in high-demand sports such as tennis, soccer, volleyball, and basketball. After surgery, athletes appear to be very anxious to return to the sport they enjoy. To help them return safely to their sport with minimal risk of recurrence

For an Athlete after ACL return to sport guidelines and criteria, several short-term trials, whether using hamstrings or patellar tendon grafts, have shown good to excellent knee performance after reconstruction. The same research also shows that in the first year most patients (65–88%) were able to return to sport.

Evidence suggests that an athlete is likely to retear an ACL 30%, 20% on the contralateral side, and 10% on the same leg. Upon returning to play after an ACL-Reconstruction.

Here are the top four things to consider,

The most common question of them all is, how long after Knee Ligament Surgery can you return to sports?

Ten years ago, many patients were discharged from physical therapy in around three months, then released by their physician to return to play at the six-month mark. Instead of time-based criteria, evidence suggests more objective criteria. Educating patients from the primary day of post-op a couple of criteria-based come to play rather than returning right at the six-month post-op mark can facilitate them have realistic expectations.

2. Hop testing alone is NOT enough

A recent article has been published stating that hop testing alone is not enough to encourage an athlete to return to play.3 When hop testing is the only criterion for returning to play, a disservice has been done to the athlete. It is also important to use another objective, sport-specific criteria.

Energy is likewise one of the last things to return. In the “prevention” tab, Athletico provides single-leg, triple hop screening so we have a benchmark of athletes. If that athlete ever gets injured, doctors at Athletico will make sure that the athlete doesn’t just return to their average, but exceeds it. The 6six-month post-op mark also reveals consistency among athletes.

Since athletes are most likely to get injured when they are exhausted, physicians want to make sure that when tired, procedures for landing and cutting are flawless.

4. Athletes should not expect to play their first weekend back in contact in a game.

Patients are often allowed to return to non-contact training activity before the six-month mark or to pass all return to play requirements under exhaustion. It helps the athlete to begin to get some muscle memory and conditioning related to the sport. Most parents and athletes feel that “being released” means they will return the first week to playing a 90-minute soccer match (or worse, a whole tournament). Athletes must engage in multiple weeks of full-contact practices before attempting only a few minutes in each half of a game to ensure safe development when “released.”

Physical therapists are working hard to mimic sport-specific physical therapy movements, but responsive decision-making during training and games is challenging and better replicated. This can quickly tire athletes. To minimize their risk of re-injury, informing patients about acceptable progression is crucial!

And like most of the athletes out there, who are eager to get back to playing their favorite sport, if your question is What is the fastest way to recover from ACL surgery?

Here are the seven most important things to consider: They are